Our Symbol: The Flaming Chalice

A flame within a chalice (a cup with a stem and foot) is a primary symbol of the Unitarian Universalist faith tradition. Many of our congregations kindle a flaming chalice in gatherings and worships and feature the chalice symbol prominently.

Hans Deutsch, an Austrian artist, first brought together the chalice and the flame as a Unitarian symbol during his work with the Unitarian Service Committee during World War II. To Deutsch, the image had connotations of sacrifice and love.

To Unitarian Universalists today the flaming chalice is a symbol of hope, the sacred, the quest for truth, the warmth of community, the light of reason, and more.

We light a flaming chalice in worship to create a reverent space for reflection, prayer, meditation, and singing. 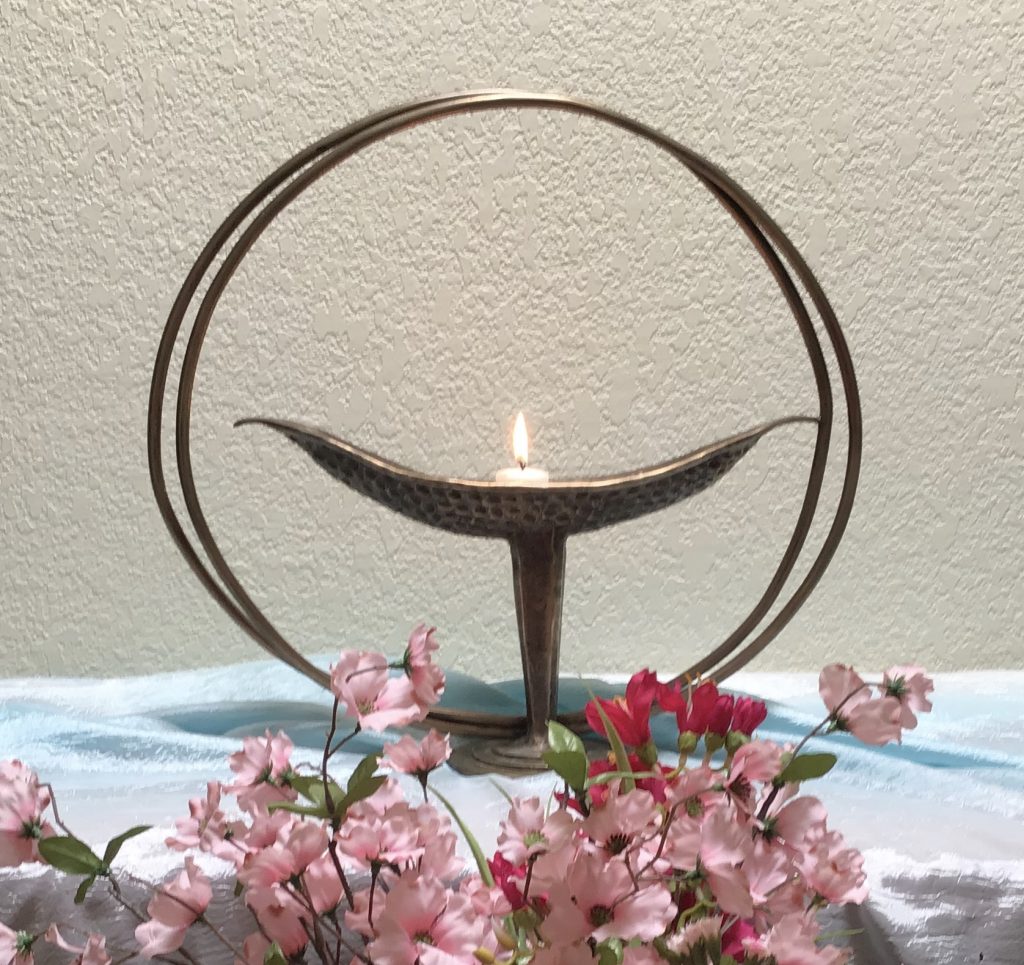 Our chalice was handcrafted by Mordecai Roth, a sculptor and member of the Sun City Fellowship. It was commissioned by early members Bill and Jean Ward and dedicated as a memorial to Cae Fessendan on September 3, 2000 at the start of our seventh year as a Fellowship.

Cae was described as the spark plug, the magnet which first drew together the Sedona Unitarian Universalists and founded this Fellowship. She was a Registered Nurse and became the first Planned Parenthood Nurse in Connecticut, at a time when it was illegal and risky to do such work. She was a dynamic UU leader and, with her husband Fred, a passionate environmentalist.

Buy it now at